Celebrating 10 Years of the GÉANT Network

GÉANT, the high bandwidth pan-European network, has much to celebrate. From its inception on 1 November 2000, the network has played a key role over its first 10 years in transforming the way global researchers collaborate. Born out of the telecoms liberalisation of the late 1990s, GÉANT enables the best minds across Europe and the world to work together on ground-breaking research activities that were previously not possible or inefficient due to limited or unstable commercial networks. With fast evolving technology, services and capacity, GÉANT remains the most advanced research network in the world and is the cornerstone of the European Research Area (ERA) and the Digital Agenda for Europe.

Achievements Highlights of the GÉANT network

A resource for European research 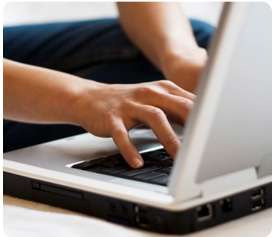 Over the last ten years, European research has been transformed by GÉANT’s capabilities. Built and operated by DANTE (www.dante.net), GÉANT provides a dedicated, high capacity, 50,000 km data network that brings together 40 million users in research institutions across 40 countries, underpinning critical projects that would previously have been impossible without its reach, capacity and reliability.

By connecting Europe’s NRENs – who in turn connect users across sectors such as biotechnology, medicine, radio astronomy and the arts – GÉANT brings researchers together, driving regional co-operation across the EU and strengthening European research as a whole.

Capacity and innovation
In the early days of GÉANT, average bandwidths were 155 Mbps but with the advent of the hybrid GEANT architecture in 2004, GÉANT became able to transmit data at speeds of up to 10 Gbps as standard. Even faster capacities of 40 Gbps have been successfully piloted across distances of up to 750km, and 100 Gbps connections are in planning.

Due to its innovation and capacity, GÉANT has acted as a testbed for new technology, putting the European technology industry at the centre of new innovations and standards such as those in optical networking, IPv6, secure global roaming and the Future Internet. 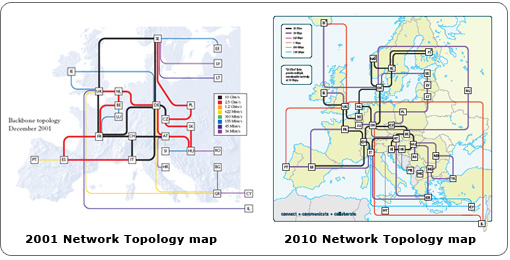