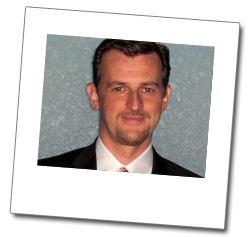 Robert Koopman is Senior Scientific and Technical Officer for Data Management at the Group on Earth Observations (GEO) Secretariat, and is also active in its Task Forces dedicated

to Data Sharing and GEOSS Common Infrastructure, and in the GEO Architecture and Data Committee. He joined the European Space Agency (ESA) in 1996 to work on Remote

Sensing of the Atmosphere, after an earlier career in Astrophysics. In 2000 he became responsible for algorithm development, validation, calibration and quality assessment for four

atmospheric missions in ESA's Earth Observation Programme.
Since 2009, he is seconded by ESA to the GEO Secretariat for an initial period that includes its triennial Ministerial Summit.