Future-proofing the GÉANT network to 2020

GÉANT announced in May 2012 a major investment to support capacity of up to 2Tbps (terabits per second) across its core network. This page will provide regular updates on the status of the rollout of that network, and further information on the equipment and suppliers behind the new network.

The need for speed
Creation and sharing of data is increasing exponentially, impacting research networks, high performance computing and grids - collectively known as e-infrastructures. Major projects involving global partners, such as CERN's Large Hadron Collider and the forthcoming Square Kilometer Array, generate enormous amounts of data that needs to be distributed, analysed, stored and accessed for research. This need for fast, stable transfer of data depends heavily on the high speed and dedicated bandwith offered by research networks such as GÉANT.

After an extensive procurement process, Infinera and Juniper Networks demonstrated the best match for our stringent criteria, combining leading edge technology with ease of use and a vision for the future that matches GÉANT's needs moving forward.


Technical Briefing
The core Transmission Network is built on the back of the Infinera DTN-X solution - a mix of the “XTC” (Add Drop multiplexer) and “OTC” (Optical Line Amplifiers) utilising EDFA/ RAMAN Amplifiers.

Over the 6 month build period to March 2013, the new network will have:

The following map shows the current status of the migration. This map will be updated on a regular basis, and previous maps can be accessed below. 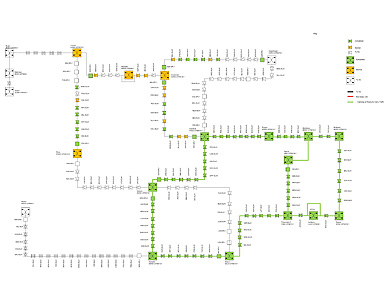